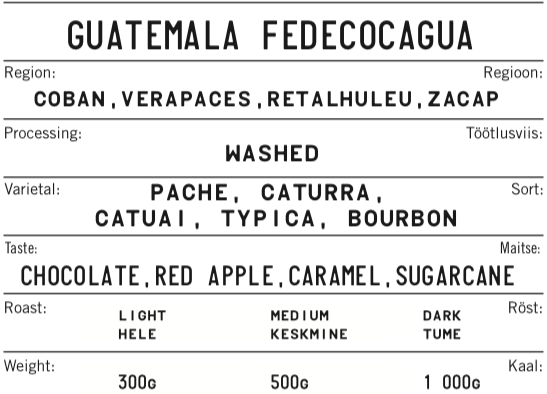 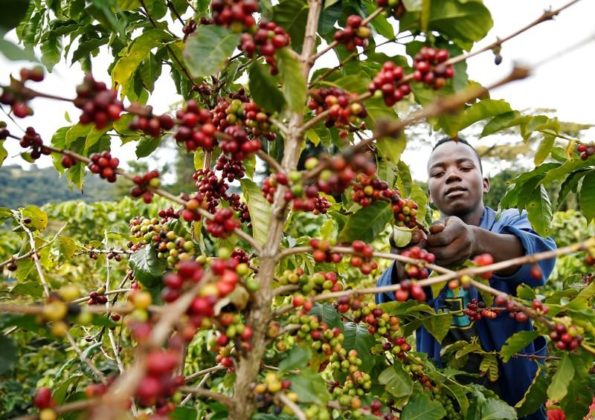 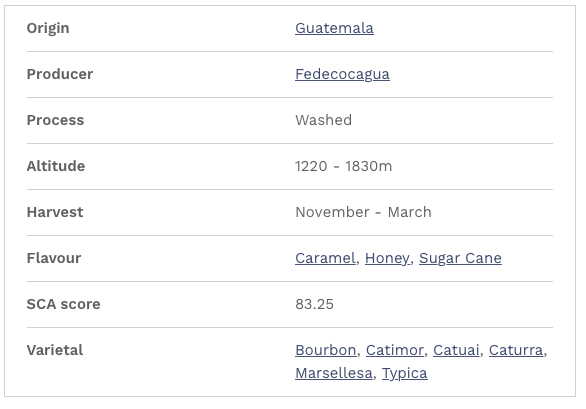 The Cooperativa Acatenango is located in the municipality of Acatenango, Chimaltenango on the slopes of the Acatenango volcano which is the third highest in the Central American range and gives the cooperative their name.

It was established in March 1966, by 27 members who wanted to get a better price for their coffee. Their initial efforts were hard due to their gatherings being perceived as guerrilla gatherings, but hey persisted, and now consist of 395 producers, growing around 22,000 quintals annually.

After picking, coffee is washed and pulped in a ‘semi-dry siphon’ that allows for recirculation of the water and a controlled fermentation, which takes 16-18 hours. Beans are then pre-dried for three days on patios then moved to guardiolas for controlled drying to final levels. This typically comprises of 40 hours at 45 degrees before being lowered to 30 degrees and finally 15 degrees until optimum moisture content is reached. The lowering of temperature ensures evenness of drying, meaning the green life of the coffee is the best it can be. It is then shipped in parchement to the Fedecocagua facility in Palin, Escuintla for final grading and milling ready for export.