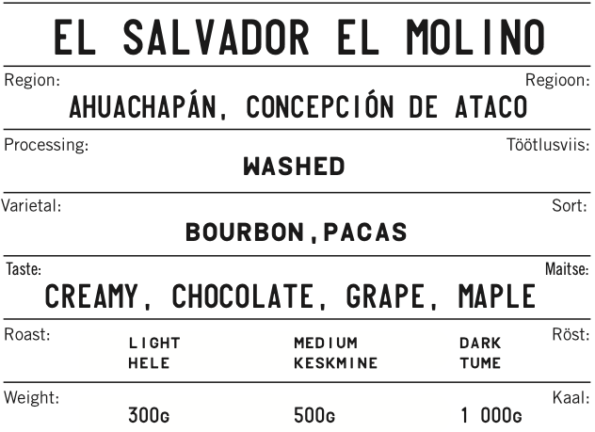 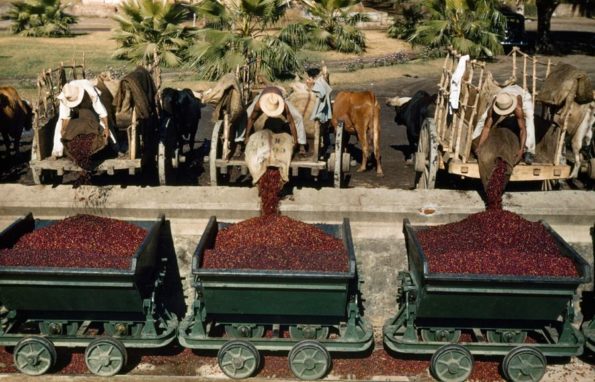 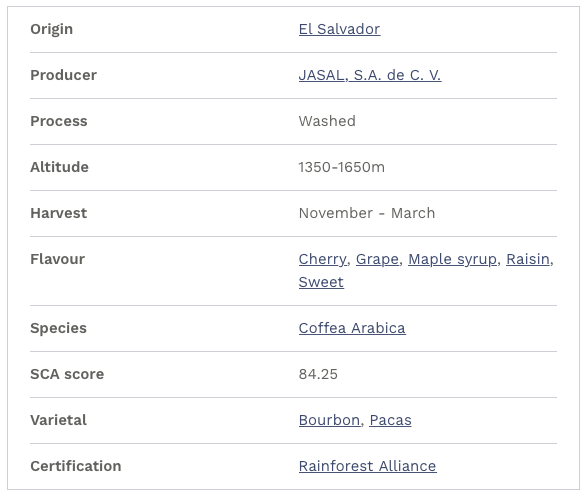 Coffee comes from El Molino farm, one of the most important and significant estates of the JASAL group that sits amongst the Apaneca Ilamatepec mountain range, part of the Cordelliera de Apeneca. This volcanic range runs through the Ahuachapán, Santa Ana, and Sonsonate departments in the West of El Salvador, and is where many of the Cup of Excellence producing farms in the country are located. There are four volcanoes that occur within this range of mountains, with Santa Ana being the more dominant.

El Molinito is a diminutive of the farm name, El Molino, and is a selection from the most productive Bourbon and Pacas trees on the farm. They were chosen for this project due to the homogeneity of the ripeness of the cherries, allowing for precise control and processing. The importance of selective picking and attention to detail have very much become a hallmark of the culture and success of the farm, which was inherited by current owners Jose Antonio Jr and Antonio Salaverria in 2011. Once picked, coffee is processed at the Beneficio Las Cruces in nearby Santa Ana before being bagged and shipped.

The green-tipped dwarf varietal Pacas is fairly common in Central America, a natural single gene mutation of Bourbon. Being smaller results in a potential higher yield for the farmer, as trees can be planted closer together allowing for a greater density per hectare. Named after the owners of the farm it was first spotted on, the Pacas family, it was discovered in the Santa Ana region back in 1949 and now accounts for around 25% of El Salvador’s coffee production.