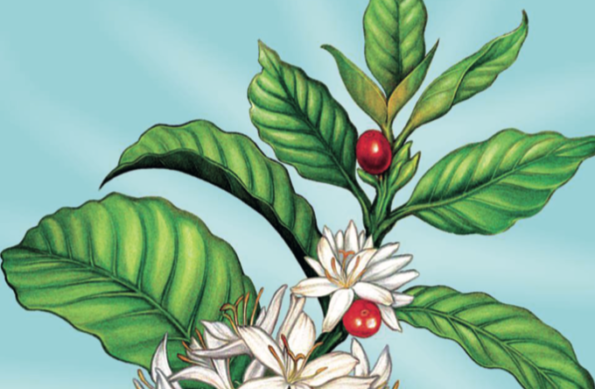 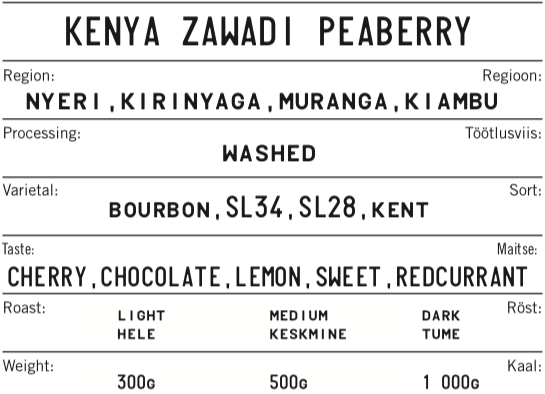 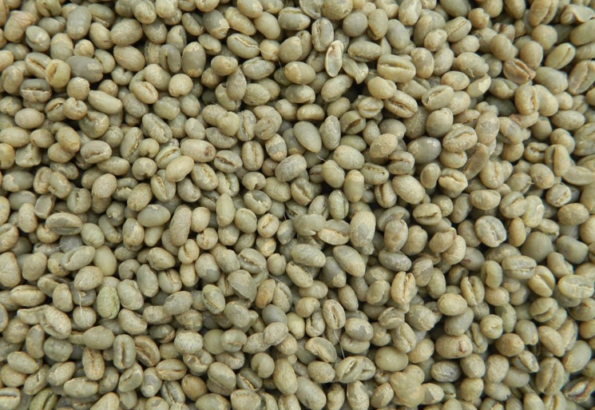 PB- Peaberry is the result of the coffee cherry producing a single coffee bean instead of the normal two. Under normal conditions, a coffee blossom has two ovules which after fertilization develop into two distinct coffee seeds, or beans, within the cherry.  In the case of a peaberry, one of these two beans does not develop and thus the ripe coffee cherry contains only one bean. Since there is more space within the cherry for the peaberry to grow, it takes on its rounded (or “pea”) shape. In Spanish, it is a caracol. In Portuguese, a peaberry is  familiarly called a moka.
While peaberries are technically defects, they are often coveted because of their flavor and because their round shape facilitates movement in the roaster and therefore results in an even roast. In Arabica coffee, peaberries typically account for 10% of total beans, though this varies by coffee variety.

Do They Taste Different?
It is generally accepted that peaberries taste different, though not necessarily better or worse than normal beans. Some argue that since there is only one bean in the cherry, it absorbs more nutrients and is thus more flavourful. The rounded shape of the peaberry does allow for better rolling in the roaster drum and thus a more homogeneous transfer of heat. It is best to separate the peaberries and roast them separately since they roast differently than standard flat beans.

About coffee.
With mills spanning across three counties of what was formally the Central Province in Kenya, Zawadi is a blend created and maintained by our exporter, using carefully selected peaberries primarily from the Kamandi and Ndia-ini coffee factories.

Ndia-ini lies 5km from Mukurwe-ini and uses water fresh from the Gikira river for processing. The proximity of the river gives the factory its name which translates to ‘river ponds’ in the Kikuyu language. Kimandi is situated in the village of the same name, close to Kabare town. The word Zawadi itself is Kiswahili, and means ‘Gift’.

Coffee is picked and processed at each wet mill before being collated and dry milled where it is graded, hulled and bagged for shipping. Processing in Kenya involves pulping the beans and transporting through sorting channels that grade the beans via density. These beans are then fermented and after fermentation is done, washed and soaked for a further 24 hours. This process is thought to develop amino acids and gift the coffee with an added clarity and complexity.

The SL varietals are ubiquitous in Kenya. Coming from what was then known as Scott Laboratories in the 1930s, SL28 stems from a selection of a single tree from a population that was known as Tanganyika Drought Resistant, that was related to the Bourbon lineage of plants. SL34 was made in a similar way but from a French Mission lineage on the partnered Loresho Estate in Kabete. French Mission has always been assumed to be of Bourbon lineage, though recent genetic tests have shown it to be of Typica lineage.

Kent in Kenya can follow its lineage back to Tanzania, where in the 1920s it formed part of the releases from a selection program run in the Lyamungu Research Station, and before that to Mysore, India, where a selection was madeby Mr L. Kent in 1911 from seeds believed to be first brought to India in 1670, andof Bourbon heritage.