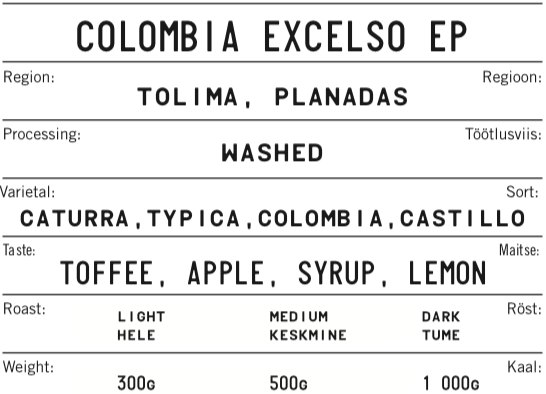 Colombia only produces washed Arabica coffee. There are three primary varieties grown in Colombia and the coffee is referred to by the region in which it is grown. There are many coffee producing regions in the country.
Colombia is proficient in producing an abundance of truly delicious and sought after coffee.

Colombian coffee is graded before shipment according to bean size. It is possible that Supremo and Excelso coffee beans are harvested from the same tree, but they are sorted by it’s size.
The greatest volume of exported coffee is Excelso.
These beans include good-to-large flat beans and some peaberries.